Two things happened in January of this year that little did I know were going to change the course of my life forever. The first thing was I completed a bucket list challenge to swim in the Orkney seas where I live when the temperature was 6 degrees. The second was my mum being diagnosed with dementia. One bought joy, exhilaration, fulfillment, and a sense of pride that I had made myself do something challenging. I felt the fear and did it anyway. The second bought devastation, tears, anger, sorrow, grief and the erosion of hope. This time I just felt the fear. 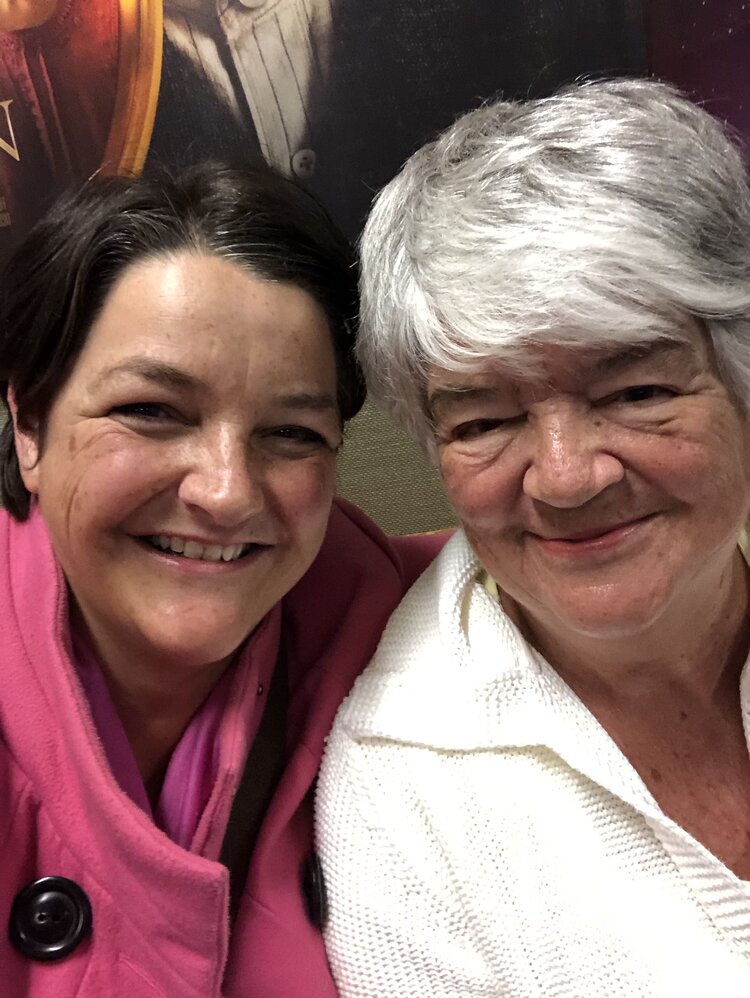 After trying my bucket list 'polar bear' dip I fell instantly in love with it. I was warned on day one how addictive outdoor swimming would become and little did I know I would be sucked right in, returning the following day and several times in the week. Since then I've swum hundreds of times and loved every one of them. 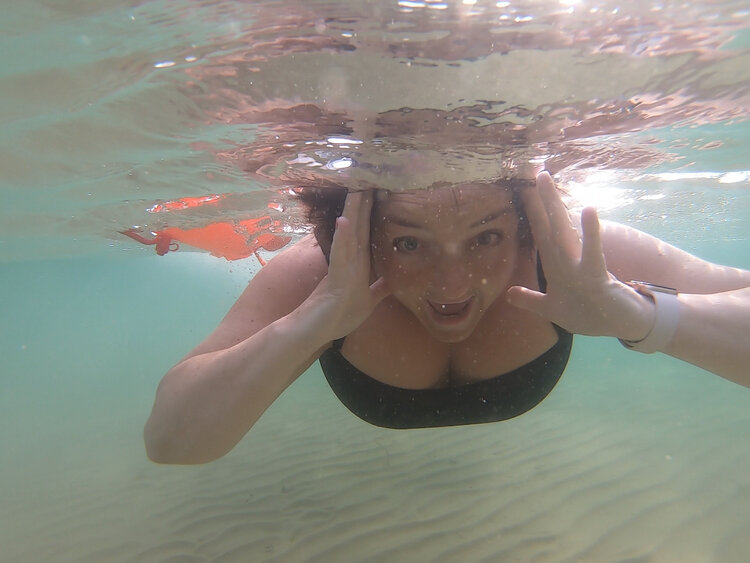 There's a famous and beautiful quote by Isak Dinesen 'The cure for anything is saltwater: sweat, tears or the sea' and in the last nine months I can certainly testify to this. In order to cope with my mother's declining memory and increasing bewilderment I threw myself into work, I threw myself into the sea almost daily and I cried an ocean of tears. Journaling also helps. I've written a blog for many years now and on the blog mum has always been referred to as The Mothership. It defined her beautifully and she was rather proud of her name. She qualified as a nurse 60 years ago and ran a tight ship. She was born organised, raised three children, was a member of Mensa, survived two cancers and never took her eye off the ball. Her remarkable strength of character has seen her through an enormous amount. It was only in the 12 months prior to her diagnosis I began to notice little changes that went beyond a little forgetfulness. This was something more, with increasing frequency, which resulted in an endless round of doctor's visits, answering of questions, scans, x rays and the ultimate diagnosis. As she walked out of the hospital on that snowy January day, hand in hand with my dad, she wept all the way to the car park. Then turned to me and said 'what have I been diagnosed with again?' She'd forgotten why she was crying. I thought I might choke on the lump in my throat. Mum has Vascular dementia. A type that cannot be treated, and there is no cure. She was told the average life expectancy was 4-8 years with this diagnosis and of course the inevitable decline into an unknown territory.

Dementia affects so many families. If I mention to anyone that mum has dementia, almost every person can tell me a story about their parent, grandparent, aunt, brother or friend. I never believed it would happen to my mum, she was just so capable. But now we are facing a very different future and its hard.

In late August I heard of a sponsored event called Swimming Down Dementia. This was being organised to raise money for Alzheimers Research UK and I thought it was a perfect opportunity to combine my passion and coping method with a charity that is so close to my heart right now. I signed up immediately and shared my giving page on my blog. Within a few hours I had raised £300 and the event wasn't even due to start for 10 days! I was overwhelmed and have been overwhelmed since as people's generosity has known no limits and I have raised over £2000 with donations and Gift Aid. Since it started I have been top of the leader board in a sporting event. (albeit for fundraising and not actual fundraising but that's just details) and I plan to stay there.

Between 1st September and 31st October, I aim to swim 32K or 20 miles in old money, or 140 miles in dog years. Living in Orkney (an island off the top of Scotland, below Shetland) I have some fantastic places to swim. While we still have light mornings I've been swimming mainly outside before work, sometimes in a lunch break and doing pool swimming too on the really windy days. Weather permitting I will be swimming around a shipwreck pictured in the dark on October 31st with a group of hard as nails swimmers. Adventure lights needed, and perhaps nerves of steel which is the one thing I can't buy from the Swim Secure website! 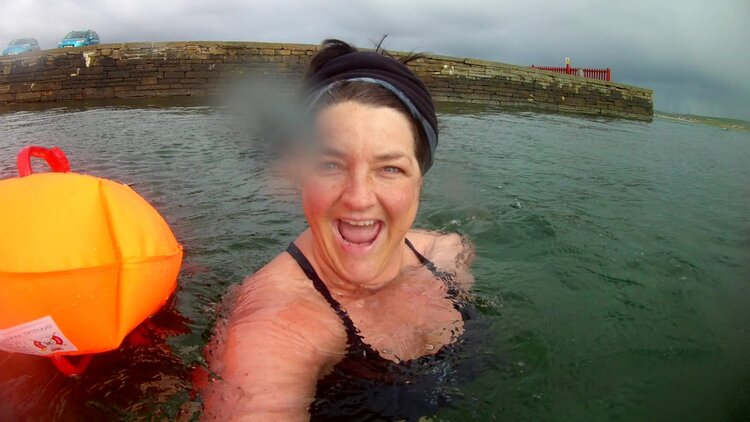 If you would like to donate to this really valuable cause then please click here and throw a little something my way. Perhaps the price of a cup of coffee, a bacon roll or a Tiffany and Co bracelet. ;-) Whatever you donate is very gratefully received, will keep me at the top of the leader board and more importantly contribute towards much-needed research for future prevention of this dreadful disease. If you want to name a loved one who has struggled with dementia I can dedicate a swim in their memory or honour and take a photo. Either way, your donation is very gratefully received and from myself and The Mothership I send you a huge thank you.

Sarah also writes light hearted blogs about her life in Orkney together with photographs of the fantastic views, local interest and recipes with a bucketful of humour thrown in.
Click HERE to take a look. Should I Wear a Tow Float?

This is a question that I am asked as a coach all the time. And for me, the answer is really easy. Yes, wear a tow fl...
Read More Training For a Swim Event in the Summer (Part 4...nearly there) A Convert to Open Water Swimming